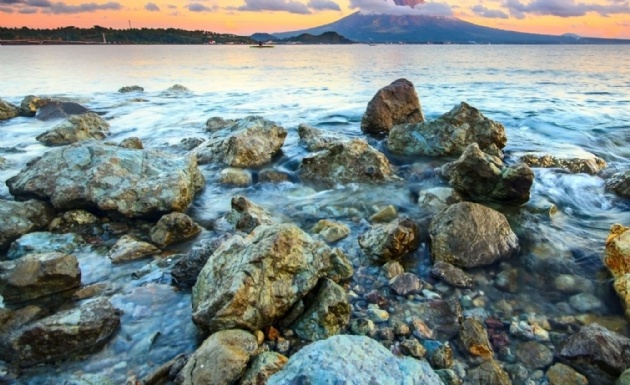 King's High pupils Isha, Alex, Emma and Leonie have written about making the most of online learning with virtual field trips and genetic sequencing in their L6 Biology.

Using the Uniprot database, we researched a protein called cytochrome c which is found in humans. This protein has a very important role as an electron carrier in aerobic respiration. All eukaryotic species carry out aerobic respiration in a similar way, and therefore all eukaryotic species contain homologs of this human protein, making it an ideal candidate to use in our analysis. We carried out a BLAST search which allowed us to find the amino acid sequences of the different cytochrome c proteins found in our other target species. We copied this sequences data into a different browser-based programme called ClustalW, and we ran a multiple sequence alignment. A few minutes later, having carried out the alignment, the programme returned a phylogenetic tree: a diagram which represents the evolutionary relationships between all the species which we investigated.

Unsurprisingly, we found that mice and rats share a recent common ancestor, as do humans and chimpanzees. What shocked me was that the data suggested snapping turtles and the honeybees also share a relatively close common ancestor. I would never have guessed that just by looking at these animals! This taught us that even though observable characteristics are often useful in determining evolutionary relationships, this is not always a reliable way of inferring phylogeny due to convergent evolution. As such, advances in sequencing technologies which have led to the widespread availability of sequence data provides a more direct method of investigating genetic diversity.

We took part in a live lesson broadcast by the Field Studies Council on the Isle of Cumbrae in Scotland with the aim of investigating the distribution and abundance of marine species across a rocky shore. Rocky shores cover much of the United Kingdom’s coastline, and tidal differences create different microhabitats moving up the shore. We were able to experience the collection of data informing us how abundant each species was in each of these microhabitats practically first-hand, which has enabled us to develop our fieldwork skills. We were also able to prove our hypothesis that abundance and distribution of species, including orange sea lichen, spiral wrack and acorn barnacles, does change in different zones of the rocky shore. This is due to different organisms being well adapted to survive different biotic and abiotic factors present in different microhabitats.

Learning the importance of rocky shores surprised us as we had not realised they had such an impressive impact on the environment: not only acting as a habitat, but also providing coastal protection and acting as a carbon sink. Many of the marine species we investigated display interesting adaptations. For example spiral wrack, a type of seaweed, can survive up to 80% water loss and can conserve water by, as the colloquial name may suggest, spiralling up to create pockets of moisture. This is most useful for an organism that spends 90% of its time out of water! A topical issue that came up in discussion was the effect of climate change on rocky shores. For example, ocean acidification caused by an increase in carbon dioxide levels may lead to the thinning of some marine organisms’ calcium carbonate shells, leaving them at increased risk of predation.

The session finished with the FSC tutor showing us organisms that had been collected earlier that day during low tide. The animals included: a spider crab which was covered in seaweed to camouflage away from predators; a bootlace worm which secretes slime to escape predators and clog up fish gills; and a butterfish which uses its eel-like morphology to hide in cracks and crevices whilst waiting for the tide to turn in rockpool-imposed lockdown!