During the Easter holidays Warwick Independent Schools Foundation put on an enjoyable program for the children of key workers.

There were a mixture of sporting and creative activities as well as individual and team games for children to choose from.

Due to the fantastic weather children and staff enjoyed many sporting games on the astro turf including tennis, netball, cricket, football, basketball, handball,  tee ball, tchoukball and rounders.  Other games which proved popular were archery, frisbee, molkky, didi cars, skipping and parachute games.

The children's ages ranged from Year 1 up to Year 8 and the staff were impressed with how all children engaged with each other despite the vast age difference.  All children helped each other to create a positive and enjoyable environment which was guided by the hard working staff ensuring children were safe, entertained and supported.  A particular favourite activity was den building which allowed children to be creative and imaginative through free play, which also promoted friendship bonds which were evident as the weeks progressed.

Indoor games allowed pupils to have a break from the sun and included kapla, table top games and creative colouring.  Children also liked challenging staff to games on computers and giant chess.

Overall, despite the challenging circumstances the Easter holidays were a success due to the dedication of the staff and support from many departments across the foundation.  The children had an enjoyable experience and the weather certainly helped! 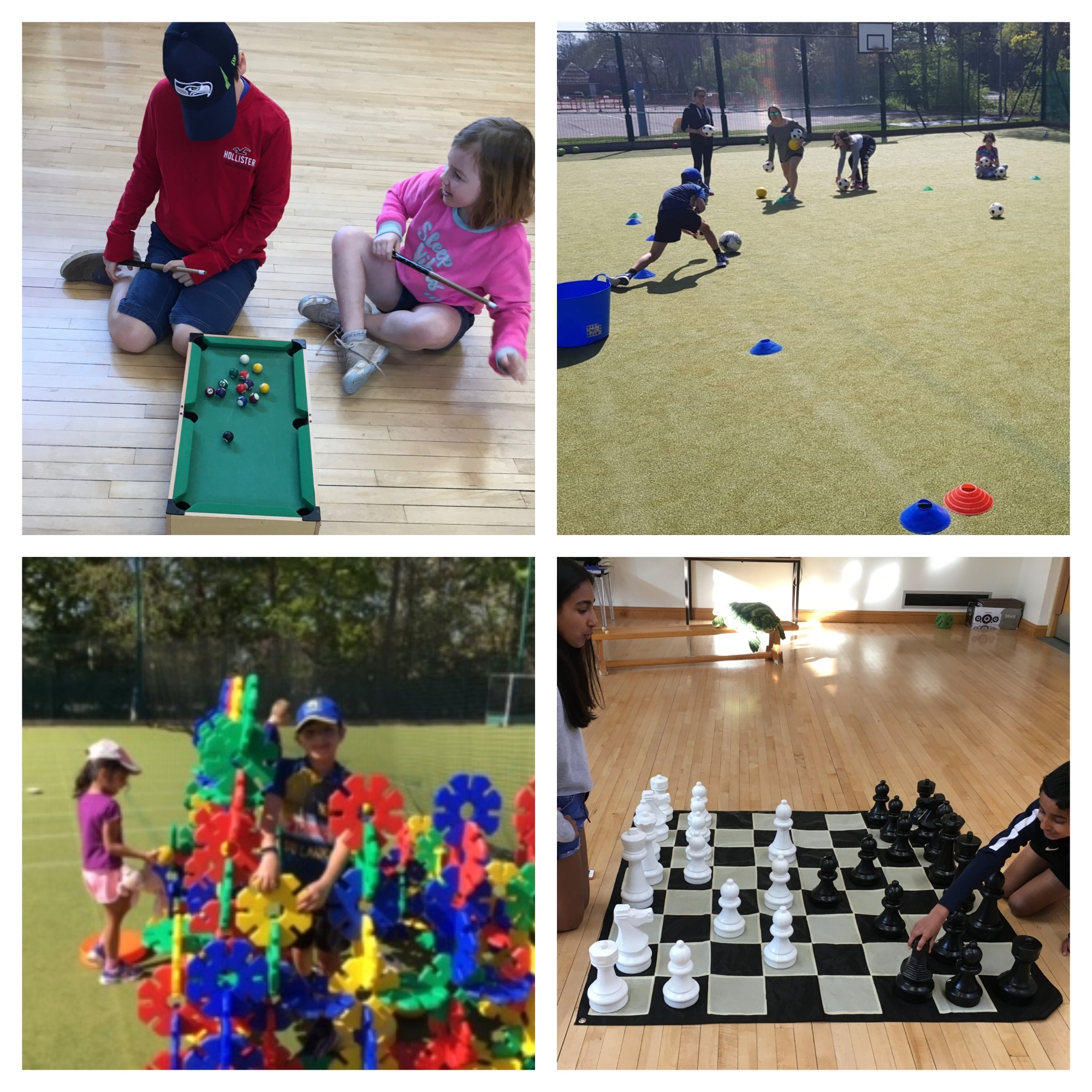